On the morning of November 20, Gao Xumin, Deputy Head of Longgang District, Shenzhen, visited KTC for inspection, accompanied by principals of the Urban Renewal and Land Maintenance Bureau and Human Resources Bureau of Longgang District and Bantian Subdistrict Office. Chairman Ling Bin and other leaders of KTC warmly received the leaders.

Accompanied by Chairman Ling Bin, the leaders visited KTC’s exhibition hall and park. Chairman Ling Bin introduced to the leaders KTC’s production and operating statuses and development orientation and the problems facing this company during the transformation, in the hope of gaining more guidance and support from the government. Deputy Head Gao Xumin listened to Chairman Ling Bin’s introduction and expressed that the government and relevant functional departments would coordinate with each other to meet KTC’s appeals, offering more support to businesses and helping KTC conduct transformation and upgrade and proceed with confidence.

Chairman Ling Bin extended KTC’s gratitude to the concern and encouragement of leaders at all levels. He added that, under the support and guidance of the government, KTC would continue to innovate new products and expand the market as well as promote development through scientific and technological innovation, thereby developing and producing displays in line with the market trend. KTC would take the initiative to innovate and grasp the development opportunity of China’s manufacturing industry, expediting its transformation. KTC was committed to giving back to the society with higher-quality products and services and making its due contributions to the development of the region. 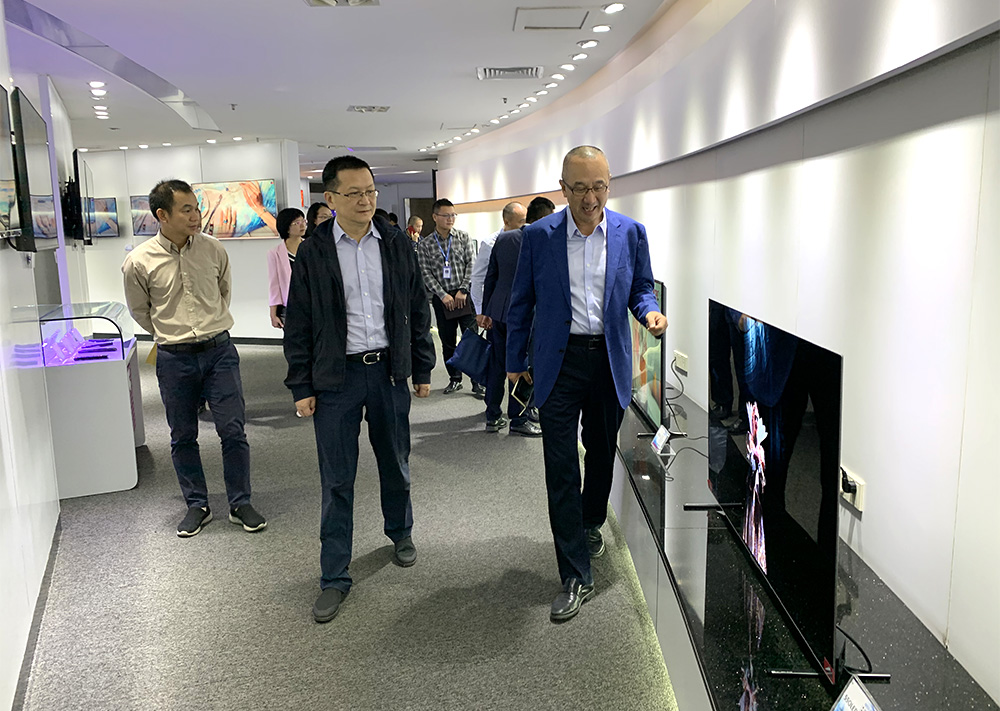